Hump Day Hmm - Why I Matter

Today I've finally decided to tackle Julie's Hump Day Hmm, something I've been wanting to dive in on for a while. This week's topic is "How I Matter". I think I may have chosen the toughest one yet to start with. lol. Here goes....


My whole life, I've worked hard at being tough. Never reaching over 5'2", I still aimed to be 10 feet tall and bullet proof. I resolved never to be vulnerable, never to be a sucker.

I grew up in a small town where being different made you a social pariah. You were one of the good 'ol boys or you were Not. I was a Not. In high school, I was the girl with the shaved head and the leather dog collar. I once got detention for walking my boyfriend on a leash through the halls of school. My high school principal called me a "scrapper" for the numerous confrontations and fist fights I engaged in. I made sure that people left me alone, and those who didn't, only bothered me once.

Despite all this, beneath the leather and studs, beat a soft heart. I often used my power for good, taking down bullies, threatening those who hurt my friends, etc. As an underdog myself, I watched out for those who were even more helpless than myself.

After high school, I remained street tough, but cleaned up a bit to get a real job. I moved to NJ and worked in the mall. I got my hair cut at an expensive salon, and even got my nails done. I wore nylons to work, and a blazer. I felt like a real wiener for the first time in my life. It was during this wiener period however, that I committed my one true heroic deed.

While walking to the grocery store behind my house one afternoon, I watched an elderly lady have her purse snatched out of her grocery cart while she put groceries in her trunk. Flabbergasted, I began to scream at the purse snatcher from my place across the parking lot. The man said nothing, but began to run straight towards me, cradling the stolen purse in his arms in a football hold. I stood there, screaming, swearing, telling him to drop the purse. He continued to charge. When he got to me, I grabbed hold of him, trying my damnedest to take him down. At well over 6 feet, and outweighing me by at least 80 pounds, he threw me hard on the ground and made a break for the woods surrounding the parking lot. Ignoring my broken acrylic nails, and various cuts and bruises, I stood up and froze, torn between trying to chase the thief through the woods, or going to help the elderly woman who was still standing at her car, confused and upset. I chose to help the woman.

Long story short, I assisted the woman, who spoke only broken English, into the grocery store, where we contacted the police. The woman eventually communicated that all of her medications and rent money was is her purse. I went down to the police station, and by the time I was done giving my statement, and getting my injuries photographed, they had caught the thief, and recovered the woman's purse, though it's contents were largely scattered throughout the woods. Several days later, I received a card from the woman I had helped, thanking me for my help. I still have it, and it's one of my most cherished possessions.

Aside from that, my life has been far from heroic. I've never saved a life, never delivered a baby in a broken elevator, or even bungled another robbery.

The way I matter most these days is as a parent. While I may not always be super mom, I do my best at trying to raise wonderful future adults. I work hard, and try to set a good example. Though I my falter now and again, I try to provide my children with a good moral compass and a compassion for others. While I may never save a life, perhaps one of my children will someday because I've instilled that into their hearts.

Oh, and I try to be a good wife on occasion too. On occasion. Special ones.

I like to think the job I have now matters as well. After completing my BA in English Literature, a long strange road has lead me away from publishing and into Human Services. I now work for an agency that provides assisted living for adults with developmental disabilities. While I never could have predicted this career path for myself, I wouldn't change it for anything. Editing articles about lawn care never brought me fulfilment I get from having a simple conversation with one of our clients, who are all amazing people.

So, while I may never cure cancer, I still like to think I matter, even if it is just a little.....
Posted by Sarcasta-Mom at 6:35 AM

I love that you helped that woman with the purse. Many people would just pretend not to see.

Your story is awesome. I like all of the different aspects it reveals, not just about you, but about morals we all ought to consider. Such as, consider what's inside, and be aware (not in a danger way) of your fellow man. And it's so great to hear the path that landed you where you are now. Your job...not everyone can do that, and thank goodness for you who can. But the great part is how you say, "Thanks to them."

So glad you joined in!

Wow. I'd like to think I'd have done the same for that woman...but honestly I'd have probably run into the store to 'get help.' You WERE help. You learned a lot about yourself that day...

I'm still trying to figure out what I'll be when I grow up, other than suffocating under a ton of student loans ;).

I'm certain you matter a lot, to many.

That Chick Over There said...

What a beautiful story! You rock!

Mother and all around crazy person wiith a diverse skill set of all things crafty. Closet tattoo addict. 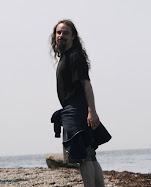 The hubby, who is always more than willing to volunteer my food, my basement, and my sanity to those he sees fit. 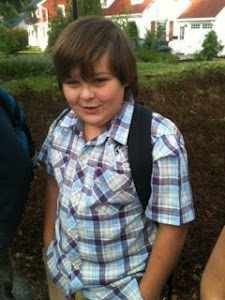 Sarcasta-Mom
Though I'd love to call myself a "free-spirit", that's just not the case. Call me a Type-A personality with a flair for the creative- someone who can work through an anxiety attack while sculpting polymer clay. My home is filled with my husband, my son, my daughter, 4 Chihuahuas, 2 cats, and what ever stray people my husband chooses to collect.